Showing posts from January, 2012
Show all

Reason #3 I should do a Secret Wars Campaign 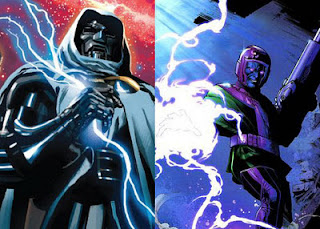 The Doom/Kang War The villain side of the Secret Wars had some pretty heavy hitters, people who should, even on their own have made a challenge for an entire collective of heroes.  I'm not talking about Galactus--he's so over-the-top he's more a plot device than a character.  I'm talking about Doctor Doom, Kang, and Ultron.  Of those three, Ultron seems a little two-dimensional to be interesting, but the idea of Doom and Kang both stuck on the same mudball of a planet is too good to pass up.  Neither of them are really the kind to play second violin, so I'm thinking that in the aftermath of the Secret Wars both men head off in different directions.  Doom creates New Latveria, populated largely by Doombots, a handful of home-grown supervillains like Titania, and a few stray humans who for whatever reason can't or won't live in Denver.  Kang on the other hand is all about raising an army to conquer whatever he can, and I see him heading out into the Battlewor
2 comments
Read more

Reason #2 I should do a Secret Wars Campaign 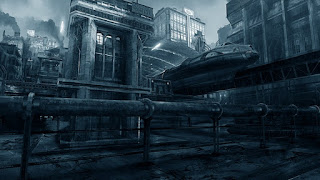 The Terran City of Denver One thing that was never really fully developed in the Secret Wars was the fact that a chunk of the city of Denver was taken to the Battleworld.  The biggest impact the city had was providing new characters Spider-Woman, Titania, and Volcana to the roster. But, in my version of the Secret Wars, Denver has become a stranded community of humans in another galaxy.  Forced to find a way to survive on the Battleworld, the local government of Denver has teamed up with the remaining heroes to develop a strong, safe community.  In order to meet the essential needs like power and food, some of the alien technology found on the Battleworld has been co-opted by the residents of Denver. The city is run by a five person council, one representative elected from four different quadrants, and one representative from the superhero community (currently that's the Human Torch, now almost fifty years old).  The five elect from their own body one person to serve as mayor, b
Post a Comment
Read more

Reason #1 I should do a Secret Wars Campaign 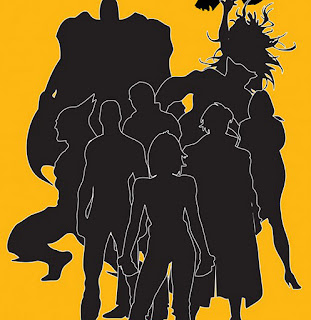 Xavier's Secret School of Gifted Youngsters One thing that bothers me about the Marvel Universe is the inconsistent way they apply the prejudice against mutants.  For one thing, what is it about mutants that makes them more frightening that any other superhuman origin?  Also, I thought that the whole "X-Men die in Dallas" bit was supposed to be the big moment where the public realizes that the X-Men are heroes.  But even now, in the pages of the Avengers, you have people saying, "Why is there a mutant on the team?"  Um, because there is already an alien, a robot, and a red hulk on the team. But anyways, back in 1984 the whole fear-the-mutant storyline was in full swing, and it was touched on early in the Secret Wars series when the Avengers and the Fantastic Four are reluctant to team up with the X-Men, especially because Magneto was currently in their ranks.  In the end, the X-Men declare they are a "third force" in the War, Magneto essentially excu
Post a Comment
Read more 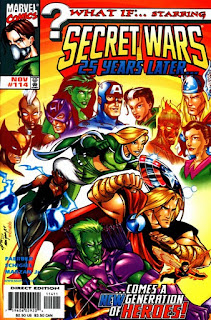 Thirty years ago, Earth's mightiest heroes faced a group of the worst villains imaginable in an epic conflict on another world. Both sides lost. Now the city of Denver, Colorado and all its residents are stranded on an alien planet in another galaxy with only a handful of people to protect them. That's you. Back in What If Vol. 2 Issue 114  they had a story called "Brave New World" where the "what if" basically was, "what if the Secret Wars didn't end with everyone going home?"  In the story the heroes and villains declare an armistice after several people from each side are killed and the Beyonder and Galactus have destroyed each other, thus preventing them from returning home.  A second generation of villains, led by the son of Doctor Doom and the Enchantress, break the treaty and attempt to overthrow Battleworld.  They are opposed by a corresponding second generation of heroes. It's a cool story and a great concept, but I tho
1 comment
Read more
More posts