Showing posts from February, 2014
Show all

Dr. Mind and Samkhara are having a baby

- February 21, 2014
Or, well, their player's are.  Today, even as we speak. Some day I may write a little monograph on the interactions of married (or non-married) couples at the gaming table, but for the last 8.5 months our group has been excitedly awaiting the birth of Samkhara and Dr. Mind's players' first child.  This morning about 5.45 AM I got a phone call from Rob (aka "the other Rob") saying that Rachel had gone into labor, and could I both pray for them and go take their dog to the kennel to be boarded.  Rachel insisted on being handed the phone and through an epidural-induced haze said to me, "I'm so sorry this happened on game night!" I assured her this was more than all right, but she went on to say, "bring the group over and we will play here!" but I told her that really wasn't necessary and that we would just await the inevitable defeat of the the Zodiac when they return to the table.
Post a Comment
Read more

A few thoughts about the games I own but never played 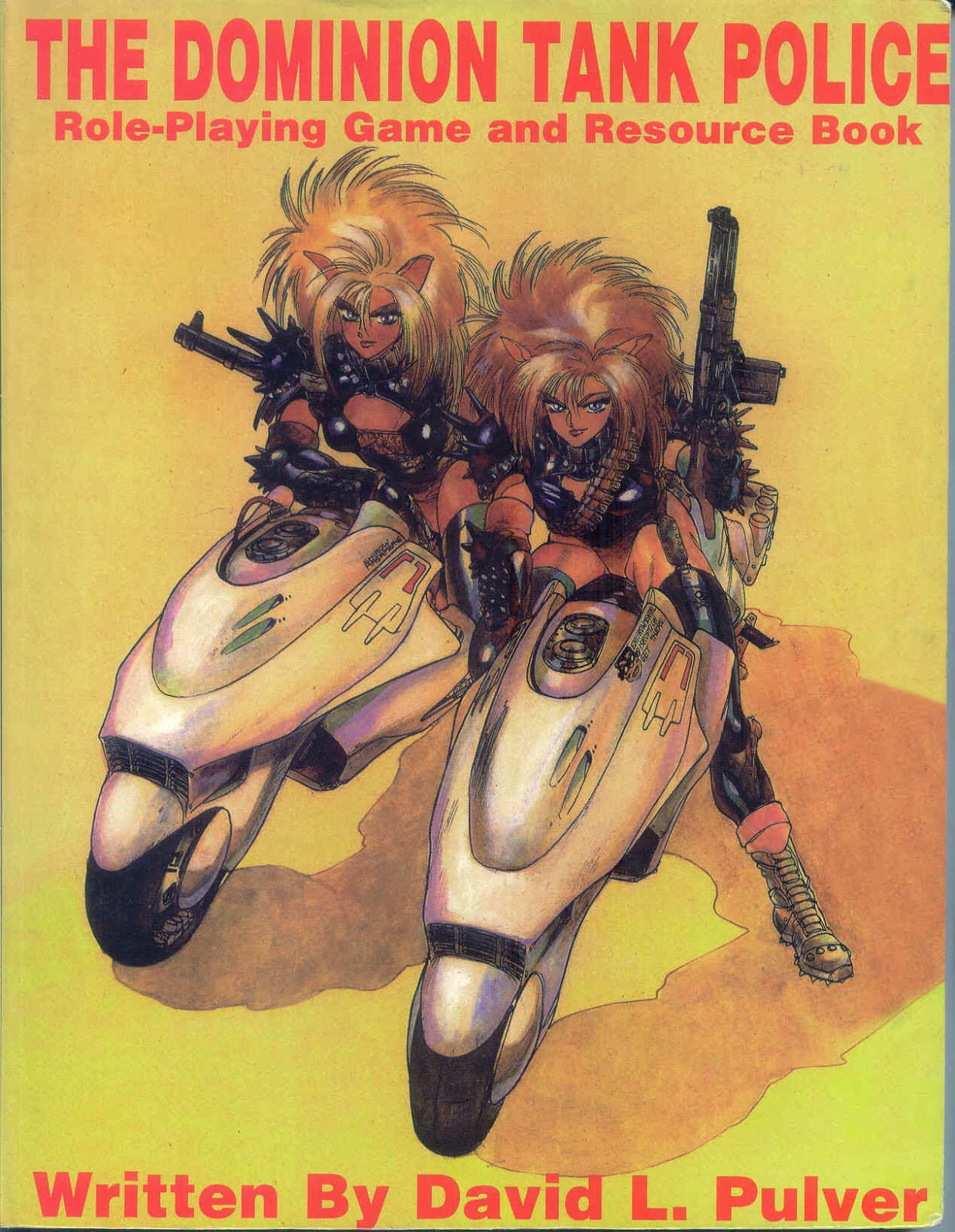 So after taking a brief moment to consider most, if not all, the RPG's I own, and which ones I have played and which ones I haven't, I have come to several conclusions. Somebody out there hates Palladium.   For a long time, I bought most of my gaming books second-hand from a used book store around the corner from my apartment.  I was pretty poor at the time, and buying interesting-looking but used items was the best way to go.  It's during that time that I acquired most of my Palladium books, of which I have many.  I know there's a lot to be critical about in Palladium games, but I've always enjoyed the gonzo quality of Palladium games, the sense of geeky fun that the authors always seem to have.  That doesn't mean I could get people to play any of them, aside from my much-revered Robotech game that my friend Tallis ran throughout his entire tenure in college. The early 90's were good for anime.   There's definitely a strong sense of my interest in
4 comments
Read more

- February 13, 2014
I had a nice chat with Barking Alien last night about games we own that we haven't played.  BA plays pretty much every thing he has ever owned, while on the other hand I own a gazillion games but have only played a handful of them.  That got me thinking about trying to come with a doubtlessly incomplete list of what I've played and not played.  Here's the list. Played or Run more than Once D&D (all iterations, including retro-clones)  Cyberpunk (multiple editions)  Champions (multiple editions)  Vampire, the Masquerade  Star Wars (West End Games)  Star Trek (FASA)  EOW's mash of Traveller, Star Trek, and Morrow Project  Marvel Heroic Roleplaying  Marvel RPG, SAGA Edition  Games I've played in but haven't run Robotech  Toon  One Night Stands (games run or played only for one session) Call of Chthulu  Rifts  Shadowrun  FATE  13th Age  Ingenium  Games I own but have never played The Palladium Games  Beyond the Supernatural  TMNT  N
Post a Comment
Read more

The Ultimate Posse makes its move!

- February 08, 2014
In the last gaming session of Marvel Heroic Roleplaying , the PC hero team "The Ultimate Posse" had raided a Viper base and uncovered the origins of a meta human baby who was returned to his parents. This week had the heroes gathering together for a planning session to strike at the heart of the villainous organization called the Zodiac. After a lengthy discussion a four-fold plan was hatched. First, Samkhara the emotion-manipulating archer would, in her guise as the super villain Trauma apply to the Zodiac as a replacement for Sagittarius, whom Taurus had killed for her failure to acquire the baby. Abrasax the Guardian Garoyle, in his guise as the vampire Baron Von Blood, would then apply to be Scorpio, a seat vacant on the roster. With the Ferret already ensconced as Libra, the three Posse members would then be able (along with Scrapheap, posing as the robotic villain Blackbox) to disable the defenses of the space station used as headquarters for the Zodiac.  Then,
Post a Comment
Read more

Like most people in the Midwestern United States, we've been snowed in pretty badly and the kids have been out of school the last two days, and will be out of school the rest of the week.  Today the roads were relatively clear so I made my way to the FLGS, which just happened to be open.  While there, I bought the kids a new board game. If you don't know the game, it is loads of fun and plays off a lot of classic gamer-nerd memes like pirates, ninjas, steampunk, and dinosaurs.  Since this was the first chance for me to talk face-to-face with an adult and not one of my children, I hung out at the store for a bit talking to the owner.  It is always interesting to learn about the hobby from the empirical evidence of a gaming store owner.  For example, most of the profit for his store comes from card games, then board games, followed by miniatures and then finally RPG's.  Miniatures in particular seems to be in decline, with RPG's sort of plateaued at the bottom. Th
Post a Comment
Read more

- February 03, 2014
As I may have mentioned earlier (many recent posts just ended up in draft format, and then were deleted on the grounds that they didn't pass my Quotidian Acid Test) the Marvel Heroic Roleplaying campaign I've been running for almost a year appears to be wrapping up.  I say "appears" because it seems to me that the enthusiasm is either plateaued or on the wane, both among the players and myself.  We still have fun gaming, and hopefully always will, but I don't sense that fervor about it.  More on the "why" later. At the last gaming session we discussed what might come next, and interestingly the conversation that I heard was at variance with what another player heard when I discussed it with him later.  To put it another way, I thought I heard the group say something, while he heard something different.  It is an interesting conundrum, and to resolve it I decided to bust out some business tools and survey the gaming group using Survey Monkey. Now, for
Post a Comment
Read more
More posts