Showing posts from May, 2012
Show all

Some artwork for a campaign I'm not running 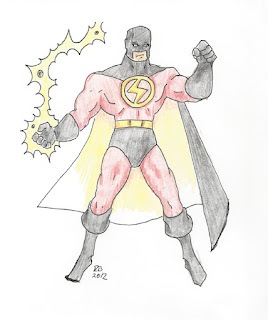 I used to draw a lot more than I do now, and I thought I'd try to pick up a pencil and pen and try again.  Like Rob Liefield, I am having trouble with drawing feet.  Time to do some studying. This guy is a villain I've thought about for a supers campaign.  Not that I'm running one right now, mind you.
1 comment
Read more

Where things are in May

- May 16, 2012
I realized, amidst my waxing on about non-existent fictional campaigns, that I hadn't been talking about how the game I'm actually in is going. Right now I've taken over running the 4E game for my group, a solid group of six players (including my son).  I'm doing a sort of urban sandbox-style campaign where the PC's are presented with multiple options for minor or major quests and choose how they wish to approach them.  I also keep the encounters a little less structured--for some there is a sense of location, but others are more fluid.  For example in the last session the PC's were being tailed by a group that is intended to ambush them.  The PC's then find a place (using a Streetwise roll) to go where it will be difficult to be ambushed and make their stand, setting up a counter-ambush with their bow-themed ranger. It's interesting to see how a city-based campaign plays, because I've never done one before for D&D.  For one thing, the sense
Post a Comment
Read more

How to build a supers campaign the easy way 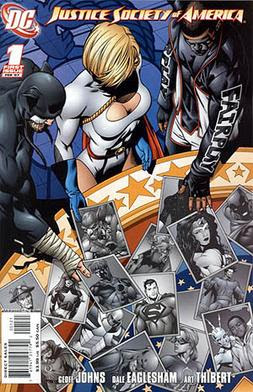 I continue to contemplate the Marvel Heroic Roleplaying Game , and my biggest stumbling block has to do with whether or not, should I ever run it, to use Marvel Comics' own universe or a homegrown one. Licensed universes, regardless of genre, have their pro's and con's.  The pro's are that you have a background familiar to at least some of your players and a load of pre-generated characters.  The con's are that the PC's are relegated to second-tier figures in comparison to the established protagonists, or at least start significantly less powerful than they are.  With MHR's very fuzzy ruleset the power discrepancy is less of an issue, but the otehr's remain. Plus, there's the fact that really well-informed players have a tremendous knowledge of the universe far beyond what the PC's would, and you end up with some meta-gaming issues. Homegrown universes have the plus of avoiding all the fore-knowledge issues of pre-generated ones, and you can t
1 comment
Read more

- May 02, 2012
We finished up our Pathfinder campaign last Friday.  It wasn't a long session for a couple of reasons but the biggest being that we still had a couple of players who could dish out 60+ points of damage in a single blow. This actually illustrates for me my biggest gripe about the entire Pathfinder experience, namely that the effectiveness of PC's in combat is directly proportional to how well you understand the game, and it's a steep climb.  Many players just build fairly straightforward PC's without a lot of examination of the feats, etc. while others went online and spent quite some time figuring out the best combos.  The latter group ended up dominating combat over the others, almost to the point of being detrimental.  This was especially the case for younger players who really didn't understand the rules. I don't blame the guys who spent time researching their characters--their PC's were by-the-book and totally street-legal.  It's just the gaps that
1 comment
Read more
More posts