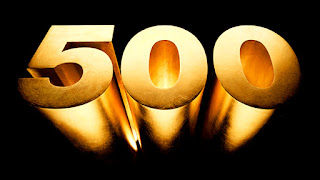 A bit of a benchmark for the blog--500 posts about RPG's and associated topics.  It's good timing, because I'm about to retake the GM screen in my group and kick off a new campaign, namely Champions. 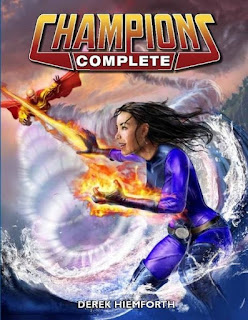 It's been a long time since I ran this game, and a big change for the group.  My plan is to commit to doing a six-session "mini-series" as a test run for the game.  At that point I will take stock, talk to the group, and then begin to either plot out a larger campaign or change gears and go with something else.
Before that, however, I'm doing a "victory lap" with the 5E campaign by running one more session of that game.  For awhile now it's been run by the other Rob, but when he wrapped up his adventure arc there was still a PC plot thread left dangling.  In the past I haven't sweated those too much, but this was a big deal for this young player (the first PC she's ever made) so I'm coming back to D&D for the sole purpose of making sure she sees her story to its end.
It may be the  influence of Doctor Strange, but the first three PC's for the Champions game all have mystical origins: a straight-up sorcerer, a half-demon luchadore wrestler, and a person wearing a magical garb that has various powers (similar to Ragman from the television series Arrow).  That's a big shift from the alien/pseudoscience themes dominant in earlier supers campaigns I have run, and helps me find a direction.
Thanks for hanging with me for 500 posts.  I hope I make your reading experience worthwhile.
bloglove Champions superhero RPG